Les Paul is the Father of the Electric Guitar.  As well as being a fabulous player, he is a brilliant inventor.  He put pickups on a piece of wood before just about anybody, and invented sound-on-sound recording.

Mark turned me on to Les Paul's guitar playing.  We had been planning on visiting Mark's friend in New York, Tom DelPizzo, and going to see Les Paul play.  Well, Sept 2, 2006 I played the Rainbow Room in Manhattan, and a couple of days later Tom took me to The Iridium Club (just a block or so from the Rainbow Room).  I got to see a great show, met Les Paul and told him about Mark.  He signed Mark's guitar: 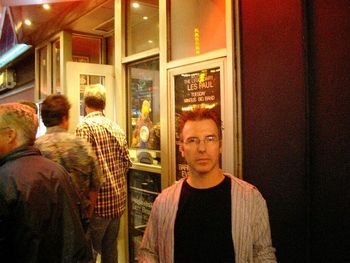 That's me outside the Iridium Club. 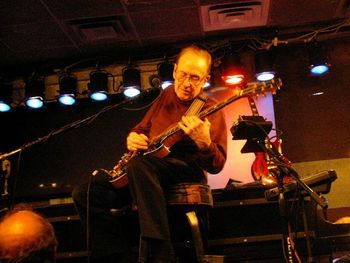 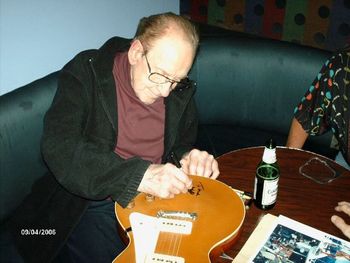 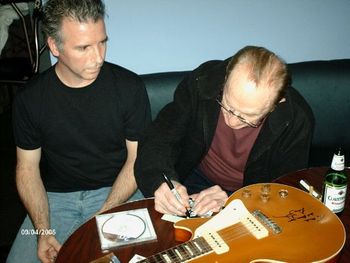 Me and Les Paul. 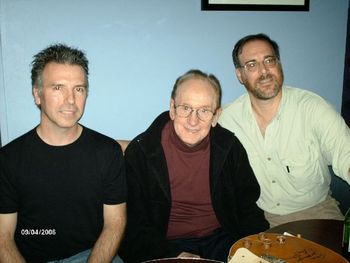 Me, Les Paul and Tom DelPizzo. 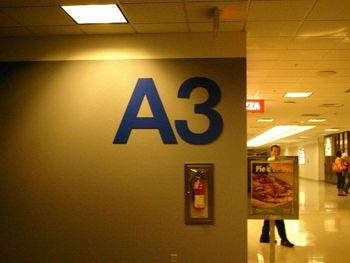 I flew back to Toronto out of Gate A3. Mark played through Korg A3 guitar processors.